MYOF organized an annual music festival since 2007, and even though the events were getting bigger by the year, the Foundation saw that there is a need to reach out to students and teachers from all over Malaysia more effectively, as the majority of the participants for the Malaysian Youth Music Festival are from the Klang Valley, some from major towns all over Malaysia and others from around South and East Asia. With this, the Foundation phased out the Malaysian Youth Music Festival since the last and 10th Festival at 2016.

In efforts to encourage music making of the highest level at various parts of Malaysia, the inaugural Piano Festival was introduced by Euroasia Association of Performing Arts in Kuching, Sarawak in 2016 – directed by one of Malaysia’s most reputable performers and educators – Loo Bang Hean. The success of the first festival has encouraged Euroasia to follow on with two new regions in 2017: Johor Bahru, in partnership with Johor Bahru’s IFC and Kuala Lumpur,  in partnership with MYOF. The response for the piano festivals were most encouraging.

In 2018, Euroasia organized other festivals in Kuantan and Seremban. In further collaborations with MYOF, the 2nd KL Piano Festival and the very first Penang Piano Festival which was held in October 2018. 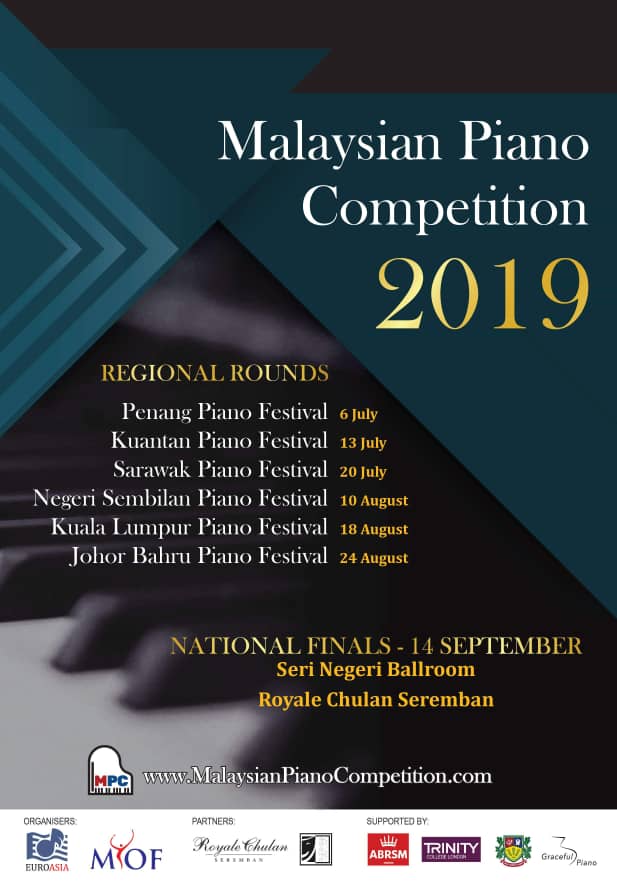 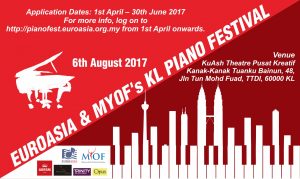